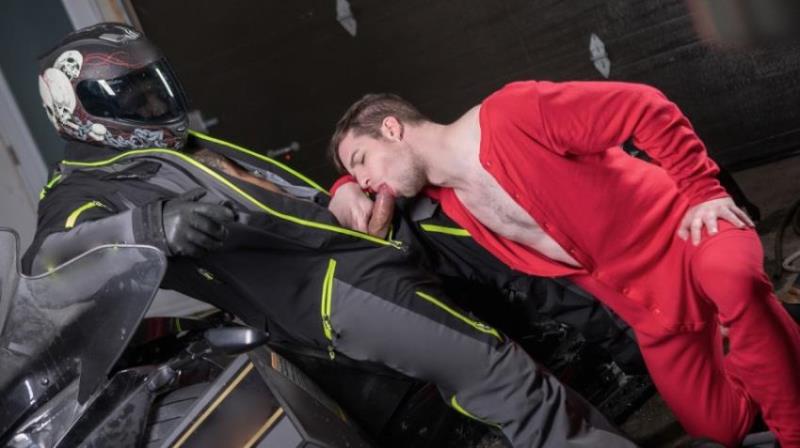 Ryan Bones has been drooling over the hot guy he sees at the skate park, so when he finds out his friend has already met Adam Awbride and thinks he might be down to try out some naughty things, he sends her over with a wad of cash to make it happen. Its easy for a pretty girl to persuade Adam to show his abs and ass and even to come home with her, but it takes a hundred bucks to convince him to try a dildo in his ass. Ryan sneaks in to replace the toy with his cock, and Adam realizes theres nothing better than the real thing.

As an Aries we tend to be on the impulsive side, we take the lead and look for a partner who will let us try new things." Ryan Bones explains the natures of Aries men, that they're dominating and love to take a man from behind. As an Aries knows, though, talk is cheap. Ryan puts the action behind his words by letting sexy blonde Ace Quinn worship his cock with a long and intimate blowjob before instructing him to bend over and show off his perfect ass and hungry hole. Ryan strokes and teases Ace's bubble butt, stroking his cock as the muscular bottom presents himself. Ace strokes Ryan's cock between his feet, giving the dark-haired top the exact sort of new experience that an Aries craves. After the extended teasing session, Ryan gives Ace the hardcore pounding he needs, spanking his ass and drilling him deep with his thick cock.

The buff, tattooed Tommy Tanner has a fantasy that he wants fulfilled. He wants a man to come into his apartment, tie him up and give it to him rough. Lucky for Tommy, dominant top Ryan Bones is ready, willing and able. Ryan shows up, masked and gloved an