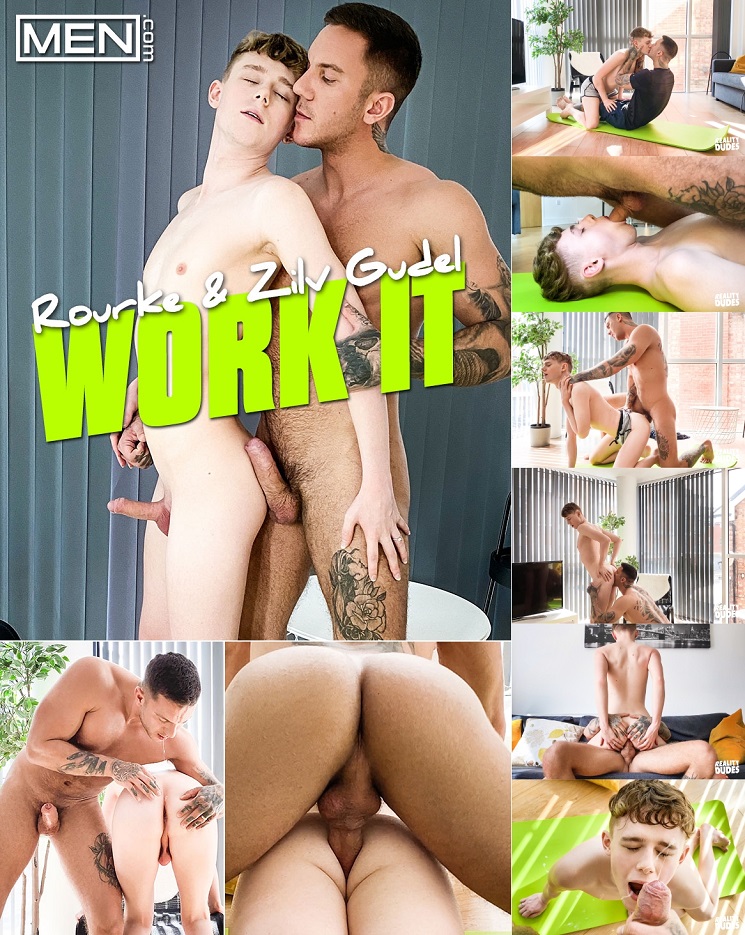 Sweet little long-haired twink Jake Olsen is reading in the bedroom when his energetic and excitable friend Devin Lewis leaps up onto the bed hoping to persuade the boy into some afternoon adventures at the mall. Jake might be reluctant to head outside and deal with the crowds, but he's not going to refuse a little BoyFun in place of it. Having lost his argument and failing to convince his friend out of the apartment Devin eagerly moves on to the alternative, making out with his gorgeous pal and seeking out his engorged young tool in his pants. Convincing Jake into sharing his already rigid dick is certainly not a difficult task, Jake's dong is always prepared for some sucking and his mouth is perpetually eager to slurp some dick too, so it's not long before both gorgeous young twinks are swapping their awesome boners with each other. The taste of precum leaking from their throbbing erections certainly beats anything little Devin could have planned, but the feel of a tight young hole wrapped around a bare shaft of hard and warm cock is even more desirable. Pale Devin straddles his buddy, holding his thick tool at the entrance to his most private place, easing his pucker down on the swollen tip and following it up with every bulging inch. The adorable boy's own erection bounces and throbs with delight as he slides up and down, stroking his shaft, their combined moans of youthful pleasure filling the room around them. A little ass-to-mouth sucking gives Devin a taste of his own hole before he gets right back to work, buggered deep and intensely until their hard pricks can't take any more and their loads spill out in a juicy climactic treat! It's safe to say this plan was far more fun than walking around the mall all afternoon.

In this episode, guest directed by Tayte Hanson, dynamic bottom Avery Jones has been "expanding" his kink and he believes he's just the right one to help scene partner Dante Colle explore his kinky side. And once Avery spells out what he likes, Dante is pretty sure there's some fun in store---with Avery leading the way.

Newbie Alan hasn't had much luck dating guys, so he's come us to tryout some of our boys, After hand picking Adrian Bennet, he awaits rock hard for him to arrive. Eager to get the flow going Adrian throws himself on Alan and starts to kiss him whilst rubbing their cocks together, but Adrian knows how to please a guy, as soon he moves down to start sucking Alan off. Both boys are eager to get each-other off as they adopt a 69 position to passionately please eachother before moving on to some sensual penetration.